Our first of two concerts in Christ Church Cathedral, Oxford this autumn seems fitting for its original foundation as a convent, as we’ll be presenting a programme by composers who lived and worked in convents. Titled Veni, Sponsa Mea, and themed around the Song of Songs, we’ll be exploring Renaissance and Baroque works by Vittoria Aleotti, Chiara Margarita Cozzolani, Claudia Rusca, and more. Catch us there at 8pm on Tuesday 23rd October

We’ll be returning to Christ Church exactly a month later, at 8pm on Friday 23rd November, for an altogether different programme: Come Again, Sweet Love. The music and poetry of the English Renaissance – both sacred and secular – was a crucial influence on Anglophone composers in the first half of the 20th Century. This is particularly apparent in the intimate genres of the partsong and solo song, mimicking the consort and lute songs of the 16th Century. We’ll be presenting the music of Dowland and Moreley alongside interpretations of the same lyrics by Rebecca Clarke, Peter Warlock, Madeleine Dring, Amy Beach, and Thea Musgrave.

We couldn’t let December pass without the inevitable Christmas concert, and we’re delighted to be performing in the beautiful surroundings of St James’ Church, Chipping Campden on Saturday December 8th as part of the Campden Music winter season. From the angels that sing and the cattle that low to the wisdom of the star and musings of a stable mouse, this programme will explore the voices that tell and re-tell the stories of Christmas. Including music by Leighton, McDowall, Schütz, Byrd and Hildegard von Bingen.

We’re excited to have been invited to perform at Raise Your Voices‘ event in The University Church of St Mary the Virgin, Oxford, on Friday December 14th. This event is to support the work of the Church Urban Fund, and we’ll be performing a short set of traditional Christmas favourites alongside a host of other performers to help raise money for the various social projects in which the CUF is engaged. 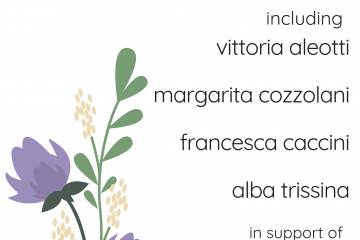 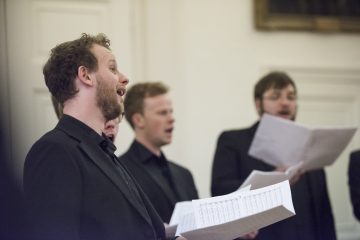 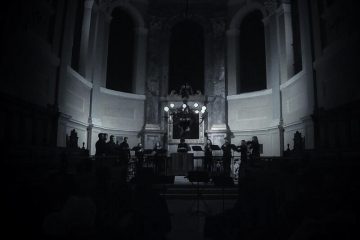 Thank you so much to everyone who attended our concert in Queen’s College Chapel on Saturday. Your kind donations raised a total of £320 for Homeless Oxfordshire. We’re very grateful to The Queen’s College for Read more…