Published by Will Anderson on November 9, 2017

Plenty has been written about the complex musical language of the Musikalische Exequien, and its synthesis of disparate contemporary styles into a unified musical whole. But what makes the piece uniquely fascinating is its intensely personal aspect, and this goes above and beyond merely Prince Heinrich’s textual influence. Schütz wove the Prince into the very musical fabric of the Musikalische Exequien. In doing so, the music bridges and annihilates time and space itself to bring the living in direct contact with the dead, the past with the present with the future, Heaven with Earth.

The Language of Rhetoric

To understand how Schütz puts Heinrich himself at centre stage in the Musikalische Exequien, we need to understand contemporary rhetorical devices. The Early Modern period in Germany saw a revival in Classical rhetoric, with immensely popular re-publishings of work by Roman orators such as Quintilian’s Institutio oratoria, and widespread distribution of manuals of rhetoric by more contemporary writers like Erasmus (who drew heavily on the Classical tradition).

Composers were no strangers to the tropes and figures of Cicero and his contemporaries; almost all of them would have been expected to complete the Lateinschule curriculum, wherein they would have been expected to memorise key figures and phrases from Latin textbooks. Schütz, who studied extensively in Italy and, as far as we can tell, never composed an un-texted piece in his career, would have been acutely aware of the importance of the interplay between musical and textual rhetoric in forming coherent, affective pieces.

The core rhetorical device employed in the Musikalische Exequien is Prosopopoeia – at its broadest, investing abstractions / inanimate objects with human abilities or qualities. Joachim Burmeister, in Hypomnematum musicae poeticae (1599) qualifies a musical version: hypotyposis: “the interpretation of a text, whereby inanimate objects appear animate, placed before the eyes or described”. But this definition could be reduced to mere word-painting, and prosopopoeia encompasses a more nuanced approach to giving life to the abstract.

Prosopopoeia – Giving Speech to the Dead

While propsopopoeia could be used to “give life” to anything – the seasons, the stars, etc. – the way in which it would have been most familiar to the mourners at the ceremony was as a way of giving speech directly to the departed. This was taken to an extent that we might find crass today: frequently the orator would, during the sermon, not only have spoken in the first person but also feigned the emotions, gestures and even the speech patterns of the dead, to give reassurance to those left behind that they were indeed in eternal bliss, and not to fear for them. 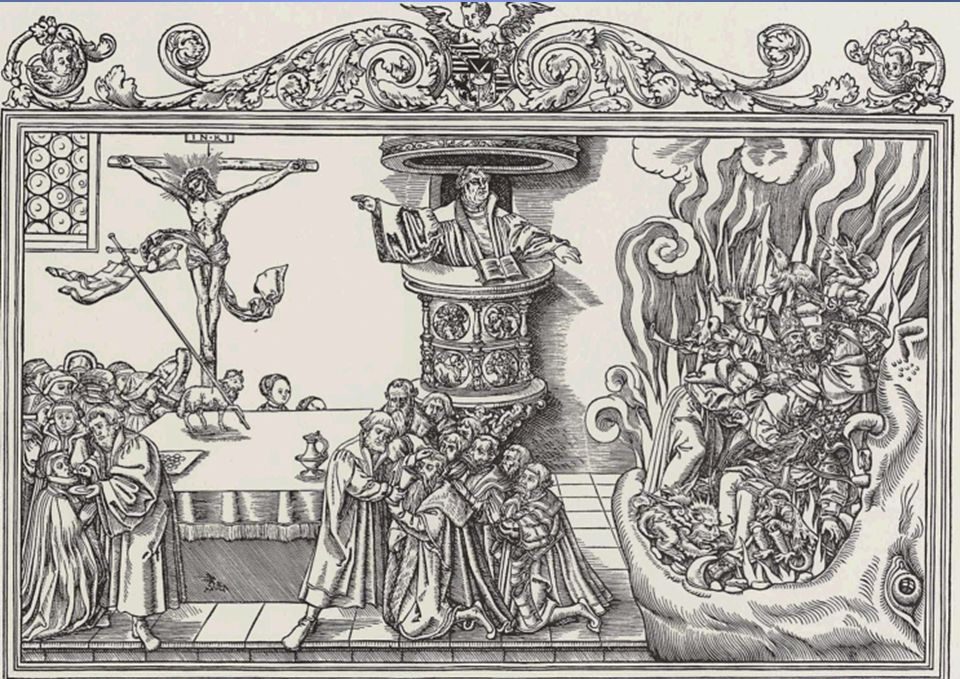 The nature of the Musikalische Exequien embodies the device of prosopopoeia in a variety of ways. The Prince’s deep involvement in the work’s gestation means that, to an extent, it is in its entirety an act of prosopopoeia. By establishing the central themes of the service (making it clear in the service booklet that he had done so), and meticulously selecting all its texts, to perform the Musikalische Exequien is to speak on behalf of Heinrich Posthumus. Through the repetition of  “Herr, wenn ich nur dich habe”- in the first movement, the sermon, and as the text of the motet performed immediately after the sermon – the conceit is reinforced, as this first-person acclimation speaks directly on the Prince’s behalf:

“Whom have I in heaven but thee? And there is none in earth that I desire in comparison of thee. My flesh and my heart faileth: but God is the strength of my heart, and my portion forever”

But the way in which Heinrich was “written into” the Musikalische Exequien goes beyond merely repeated textual reference. In the closing movement of the work, Schütz embodies the device of prosopopoeia to truly “give voice” to the Prince.

The Song of Simeon

Prince Heinrich was interred on Feb 4th, despite having died on December 23rd. This six week gap had a dual purpose. First, as the body was embalmed, and lay in state in the court for the entirety of the (usually festive) season, it allowed a clearly-defined period of mourning during which family and friends would have a painful, unavoidable physical memento mori as they went about their lives. But it also enhanced part of the textual significance that the Prince worked so hard to create. Feb 4th was the feast of the death of Simeon, whose song, the Nunc dimittis, acts as the accompaniment to the close of the service. 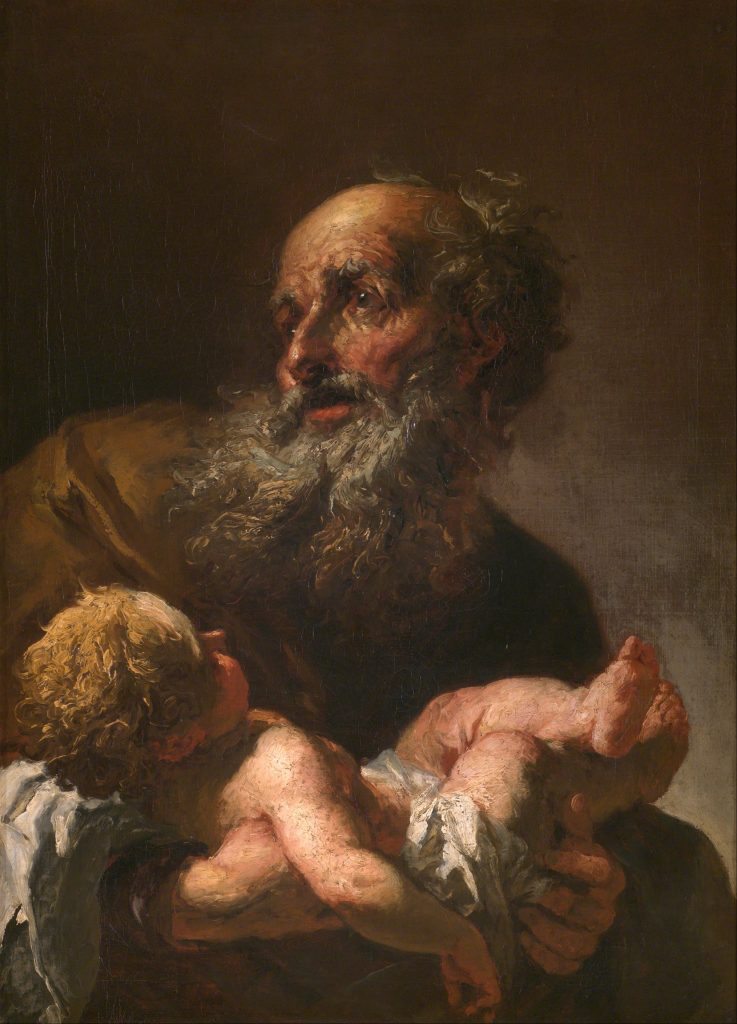 To have a Nunc dimittis sung at the end of a funeral service was no less common then than it is now. Even its juxtaposition with another text (in this case, Selig sind die toten) was not especially novel, although the combination of these two particular texts is particularly apt for the overarching message of reassurance of the service as a whole – but now played out, metaphorically, between the planes of heaven and earth. The Nunc dimittis, the song of God’s physical “servant” on earth, had long been employed to accompany burials, and was sung congregationally at the end of Prince Heinrich’s burial service as the coffin was finally interred. Its text therefore speaks on behalf of the mourners, addressed directly to God. But the text of the second choir, Selig sind die toten functions as a direct response, an affirmation of the covenant, proclaiming that the congregation’s prayers have been answered and that the departed is safe in the hands of God.

As a rhetorical device, this has several implications. If we take the relationship between the first and second choir purely as Schütz writes it (with the second choir marked in the score as the “blessed soul in the company of the Seraphim”), it is possible to read the both choirs as interceding on behalf of the congregation. The first choir acts out, in a literal sense, the expected behaviour of a congregation at a funeral service, singing the Song of Simeon, communicating faith by proxy by putting it directly into the “mouths” of the congregation, rather than being merely dictated by an authority figure. The choir, it should be stressed, has already acted as a proxy for the congregation throughout the course of the work, through the singing of the eight familiar hymns worked into the first movement.

In the last movement, the second choir, as the “soul” complements this on two levels of signification –  as a synecdoche for the totality of the whole human (body and soul) ascending to heaven, and metonymically for the whole body of the faithful, the soul of the “Everyman” in which every listener can recognise themselves. Taken together, the whole ensemble makes up the body ( choir 1) and soul (choir 2) of the congregation in dialogue with itself and heaven.

Every time the Nunc dimittis is sung, of course, we engage in an act of Prosopopoeia, speaking as if we were the aged Simeon, transporting him across the gulf of time into the musical language of the present to, in turn, speak on our behalf. His words become the choir’s, which become the Church’s, which become the individual soul experiencing the “Glory of thy People Israel”. It is no accident that, of all the similar sentiments in the Old and New Testaments, it is John’s words from Revelation, “blessed are the dead” that are chosen to set against Simeon’s. Both embody temporal dislocation: Simeon, as one of the last members of the “old order” represents the past and celebrates the future he has just lived to see; John as the final prophet in the Bible, cryptically looking forward to the End of Days. By juxtaposing the words of these two biblical figures, the sum of Christian eschatology is condensed into two brief texts and brought into the present.

But Schütz, in his treatment of the two separate choirs, transcends even these boundaries. As he wrote in his preface:

“With the invention of this second choir the Author has attempted to intimate and convey something of the joy of the blessed disembodied Soul in Heaven in the company of Heavenly Spirits and holy Angels…the Secundus Chorus is to be set up at a distance.”

By spatially differentiating the two choirs, Schütz creates a physical representation of those left behind, set against the “beata anima” in the company of the seraphim. Many similar pieces with an “angelic” choir retain upper voices alone to depict the heavenly host, and the familiar musical-visual analogy of seraphic “high” (boy) sopranos seems obvious to the point of cliché. Prince Heinrich himself, as part of his occasional adventures as Cappellmeister, arranged Christmas performances where choirboys would be dressed as angels, wearing green wreathes and carrying torches.

Herein lies a clue to Schütz’s final act of including the departed Prince directly in the funeral he had worked so hard to prepare. As we’ve seen, Prince Heinrich was an enthusiastic participant in the musical life of the court and church, and was famed for his strong baritone voice ringing through the halls of the palace. By having the voice of the “blessed soul” sung by a Baritone, accompanied by the Seraphim, Schütz rhetorically puts the words of assurance directly in the Prince’s mouth, bidding a last, confident farewell to those left behind.

At the climax of the service, at the end of six weeks of mourning, right at the moment when the magnificent coffin, having been lying right beneath the pulpit for the duration, as the choir began to sing the expected Song of Simeon…suddenly the voice of the Prince himself could be heard ringing out, from an unseen loft of the church, answering, in the company of the blessed host, the congregation’s pleas for his safe deliverance. As Johnston puts it, “at the end the congregation could rest assured that only an empty vessel had been interred, for [they] had just heard the living spirit singing from above”.

This is the climax of the Musikalische Exequien’s annihilation of time and space. In the last movement, heaven and earth, past, present, and future, the souls of the living and the dead, are brought together in one musical space.

Untune the Sky is performing Musikalische Exequien along with funeral music by Purcell and Charpentier in Magdalen College Chapel on Saturday 18th November at 8pm. Find out more here, and book tickets online here. 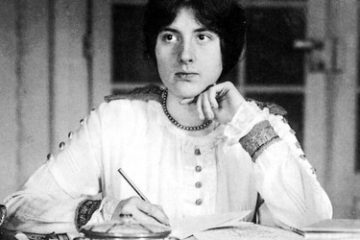 In a few weeks’ time, we’re going to be performing one of the most important sacred works of the early German Baroque: Heinrich Schütz’s Musikalische Exequien (“Funeral Music”), widely considered to be the first “German Read more…